BYLAWS OF THE NEVADA ASSOCIATION OF NURSE ANESTHETISTS

This organization shall be known as the Nevada Association of Nurse Anesthetists hereby
written as NVANA, hereinafter referred to as the Association.

The purpose of this Association shall be to promote the best interests of its members
while at all times cooperating with the American Association of Nurse Anesthetists,
hereby written as AANA, facilitate cooperation between nurse anesthetists and the
medical profession, the nursing profession, hospitals and other agencies interested in
nurse anesthesia. In general, the purpose of the association shall be to advance the
science and art of nurse anesthesia.
ARTICLE III. MEMBERSHIP

Membership in this Association and procedures with respect to admissions to
membership, maintenance of membership, classes of membership, qualifications thereof,
and the exercise of the privileges thereof, shall be such as stipulated in the bylaws of the
AANA.

NOTE: Any NVANA member whose nursing licensure is revoked by the Board of
Nursing as a result of a felony conviction shall be immediately terminated from the
association dating from the time of conviction.

This Association shall not discriminate against any member or applicant for
membership on the basis of race, color, religion, age, sex, marital status, or national
origin.

Upon the determination of the Board of Directors of Association, the conduct of
any member shall appear to be in willful violation of the Bylaws of this Association or
the Bylaws of the AANA, the Board of Directors may by vote of two-thirds (2/3) of the
entire Board, suspend of expel such member(s) according to the procedure set forth in the
AANA Bylaws.

Dues and the payment thereof for the NVANA shall be such as are stipulated in
the bylaws of the AANA.

The fiscal year of the NVANA shall (be) begin on August 1 of each year.

ARTICLE IV. OFFICERS of the ASSOCIATION

1. Prior to the Annual meeting, by mail ballot, the members shall elect the
Following Officers; President, President-elect, Secretary and Treasurer, who shall serve
the term specified for his/her office in these Bylaws beginning immediately following
such meeting. The Office of the President shall automatically be filled by the former
President-elect following such meeting.

This Association will be dissolved upon notification to AANA.

The President shall serve for a period of three (3) years consecutively.

5. Additional duties of each officer shall be such as their titles, by general usage,
would indicate and as may be assigned by the Board of Directors.

6. Each officer shall deliver any Association property and records to a successor
or to the President within one (1) month after the Annual Meeting.

7. Removal or Resignation from Office

7(a) Any Officer or Director of this Association may be removed from
office at any time by affirmative vote of the members present and voting on such
removal for conduct not in the best interest of this Association. Whenever such
removal is contemplated, the Board of Directors shall notify the Officer or
Director in writing of the reasons for the proposed action and of the time and
place of meeting of the members at which removal is to be considered. Such
notice shall be delivered at least thirty (30) days prior to the meeting. At [this]
meeting, the accused Officer or Director shall be afforded the opportunity to
respond to the stated reason(s) and to be heard in his/her defense prior to the vote.
Such removal of an Officer of Director in this manner shall be ratified by the
affirmative vote of a majority of the members present and voting on such removal
at the general membership meeting.

7(c) Resignation by Non-Actively: Any Office or Director who fails to
fulfill his/her duties, as defined within these Bylaws, shall be considered to have
resigned from the NVANA as defined in paragraph 7(b). Failure to of duties shall
include, but not be limited to, missing two (2) consecutive meetings or three (3)
meeting total will be considered to have tendered his/her resignation.

SECTION G: Board of Directors

Policies and procedures addressing the conduct of Association business, including
activities not specifically mentioned in these bylaws, will be maintained by the Secretary
in the following manner:

The standing committees shall be as follows:

SECTION B: How appointed

Members of committees shall serve for two (2) years or until their successors are
appointed or elected Ad hoc committee members may remain on the committee until the
issue is resolved.

The Chairman of the committee shall:

2. The purpose of the annual meeting shall be to receive: the reports of officers, the
election results, reports of committees if applicable, and to conduct such other business to
come before the members.

3. In the absence of a quorum: The Governing Body shall conduct the annual meeting
and mail a written report of the proceedings to the members. In the absence of a quorum,
any actions that require the vote of the membership shall be submitted to the membership
by mail/and or electronic mail with directives regarding the deadline for returns.
Members may choose to vote by mail, or vote by such electronic means available,
telephone, fax or e-mail.

SECTION A: Legal integrity of the Association

The Association shall be a non-profit organization. All funds, property and assets of
whatever kind or description, or wherever located, presently owned or hereafter acquired
by the Association are, and shall remain, the sole and separate property of the Association
and shall be held in trust for the membership thereof.

In the absence of any provision in these Bylaws, all meetings of this Association, the
Board of Directors, and Committees shall be governed by Robert’s Rules of Order, newly
revised.

These Bylaws may be amended at any business meeting of this Association by a twothirds
(2/3) majority of those present and voting, provided notice of the proposed amendment has been mailed to members at least thirty (30) days prior to the date of the
meeting by the President and the Governing Body.

The Governing Body shall, in the event of dissolution of the Nevada Association of
Nurse Anesthetists, distribute the Association’s assets in accordance with state and
federal laws. 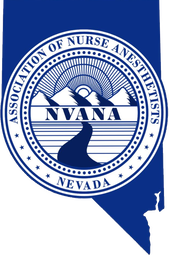